Space roguelike adventure. Take a chance to become a space ship captain and lead your own crew, make pivotal decisions, and inevitably win tactical battles. Uncover the mysteries of the galaxy, among which the star of Trigon, the most sinister and enigmatic one.

Enjoy epic ship battles in the most wonderful parts of the universe. There is a deadly space ship with multiple combat subsystems at your disposal. Just don’t forget that it’s important to take care both of the ship and the captain. Since it’s you who are the captain!

Fight in your own fashion. Overwhelm the enemy’s defense with your powerful weapons or force their ship’s life-support system out of action to watch them die of oxygen deficiency.

Secure a tactical victory by using your crew’s unique abilities. Send your landing force to unexpectedly board the enemy’s ship, or be savvy enough to exploit your crew members’ abilities and take control of the other party’s ship without damaging its valuable cargo. 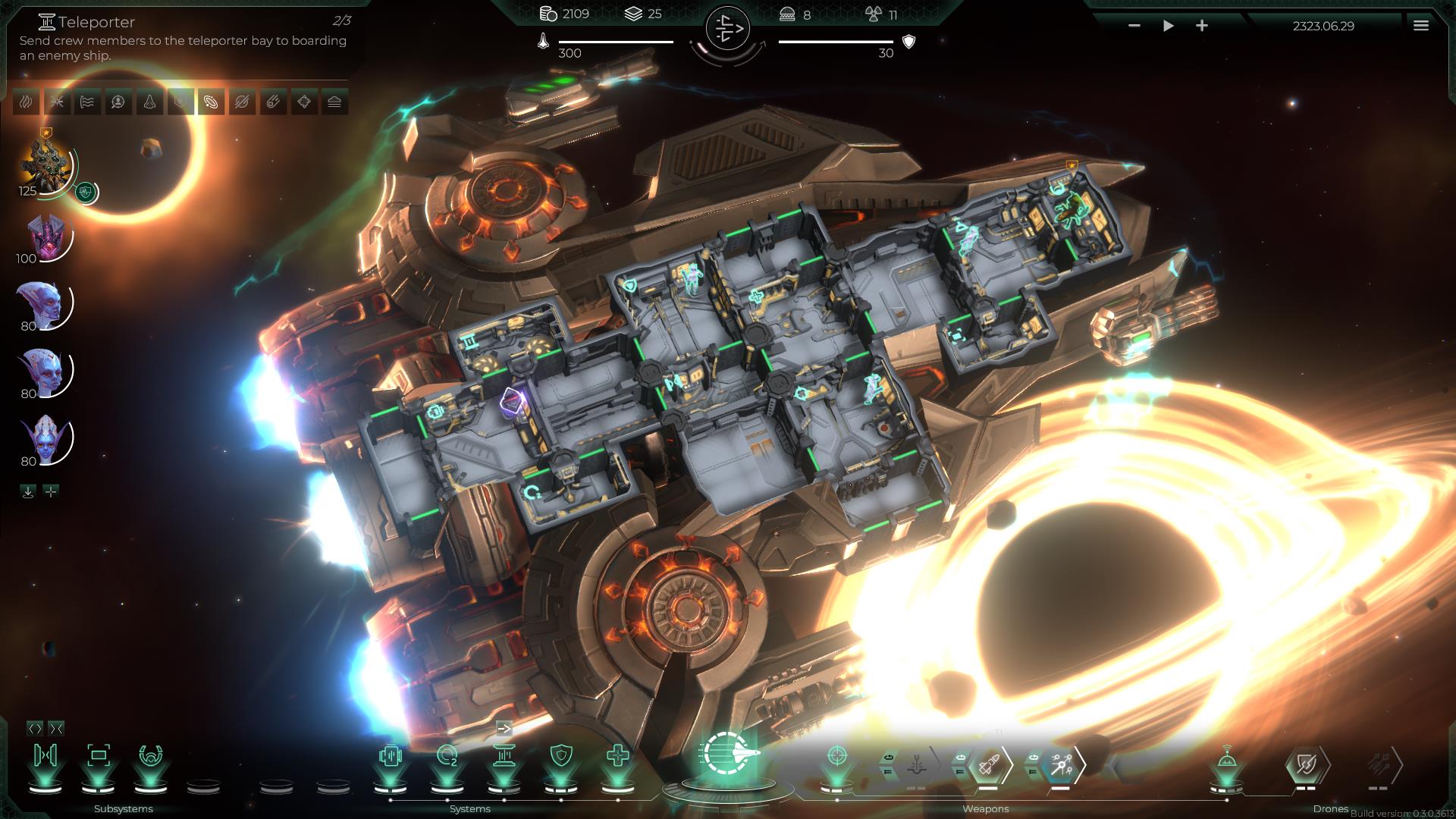 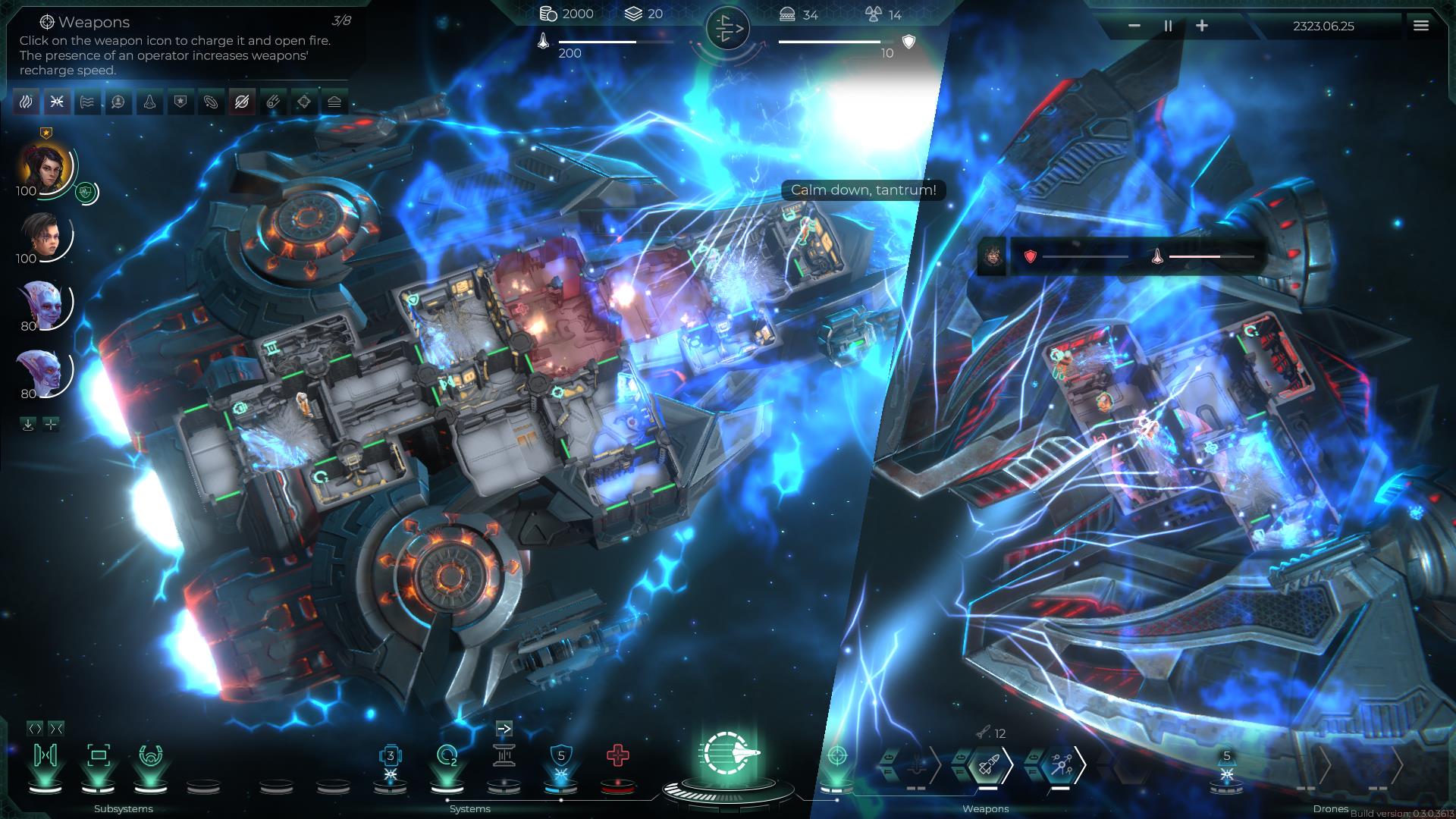 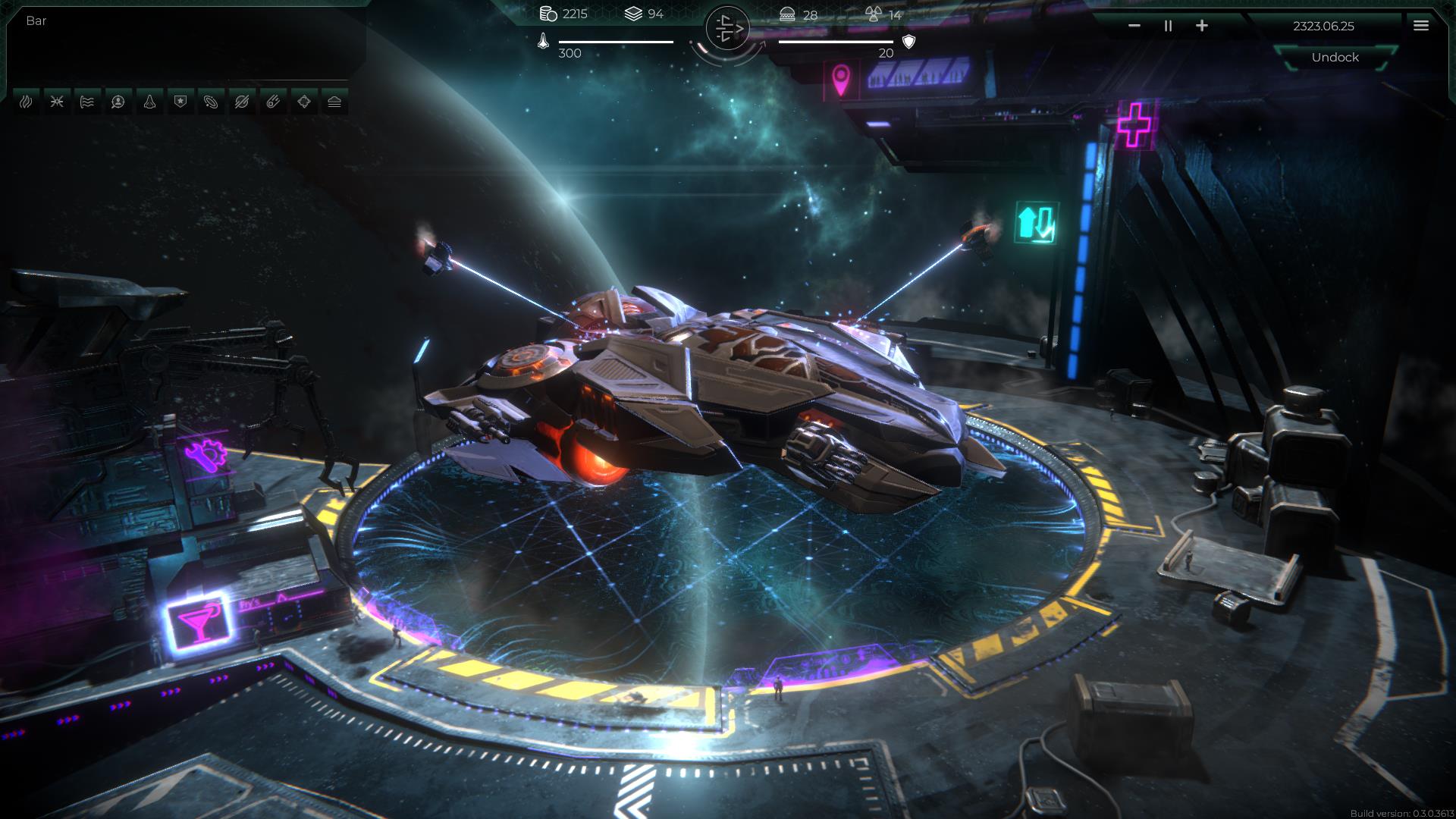 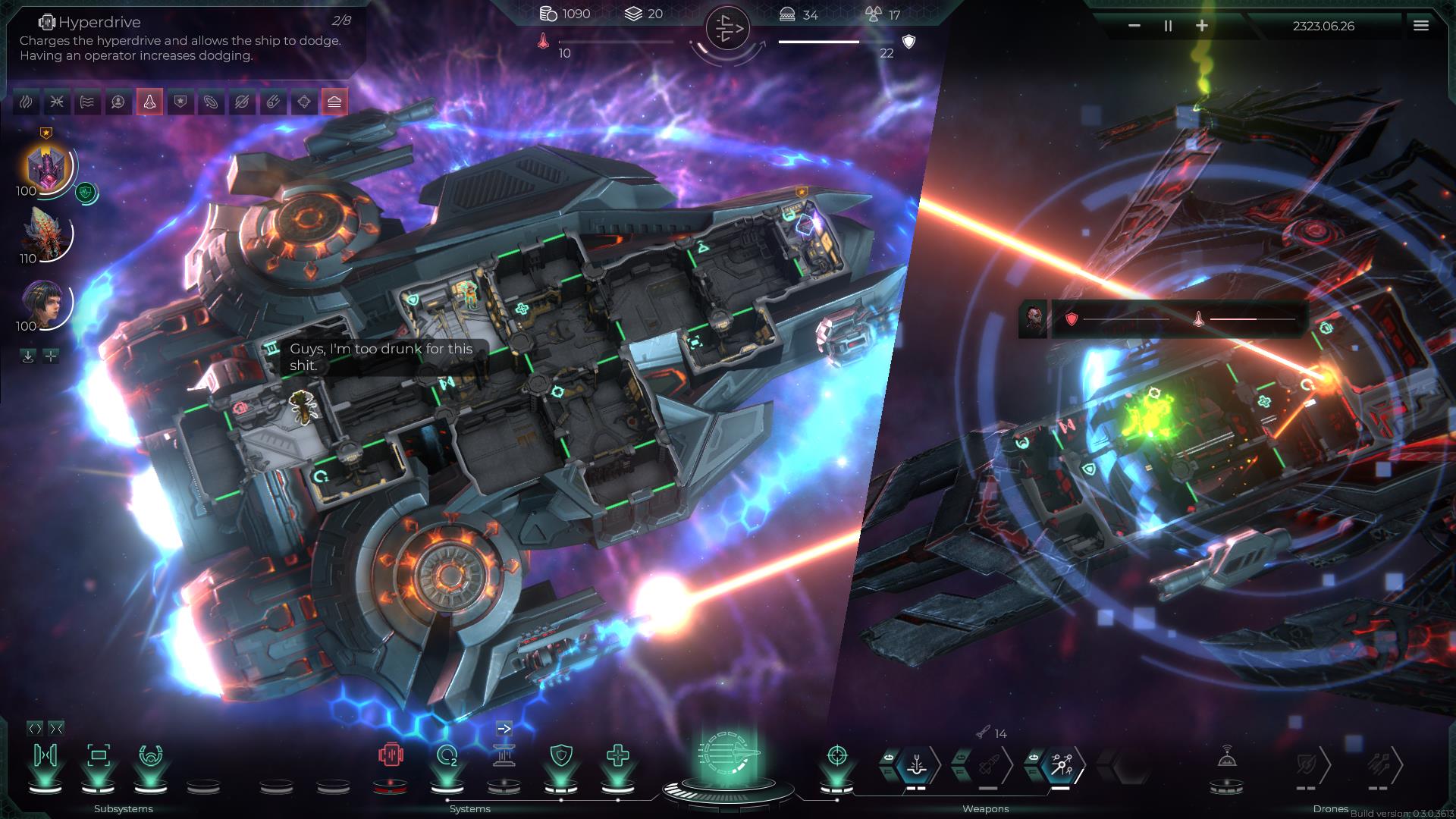 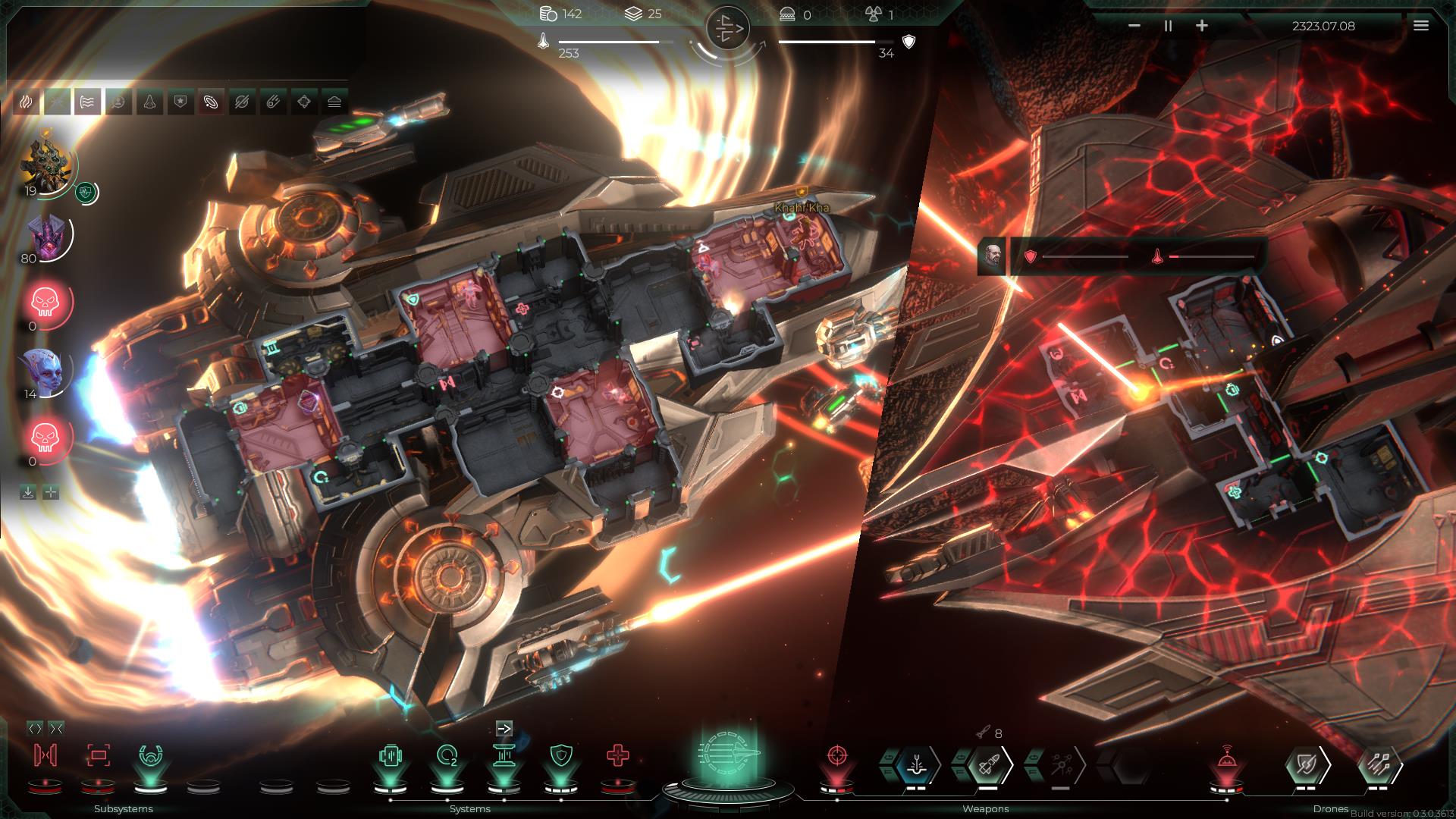 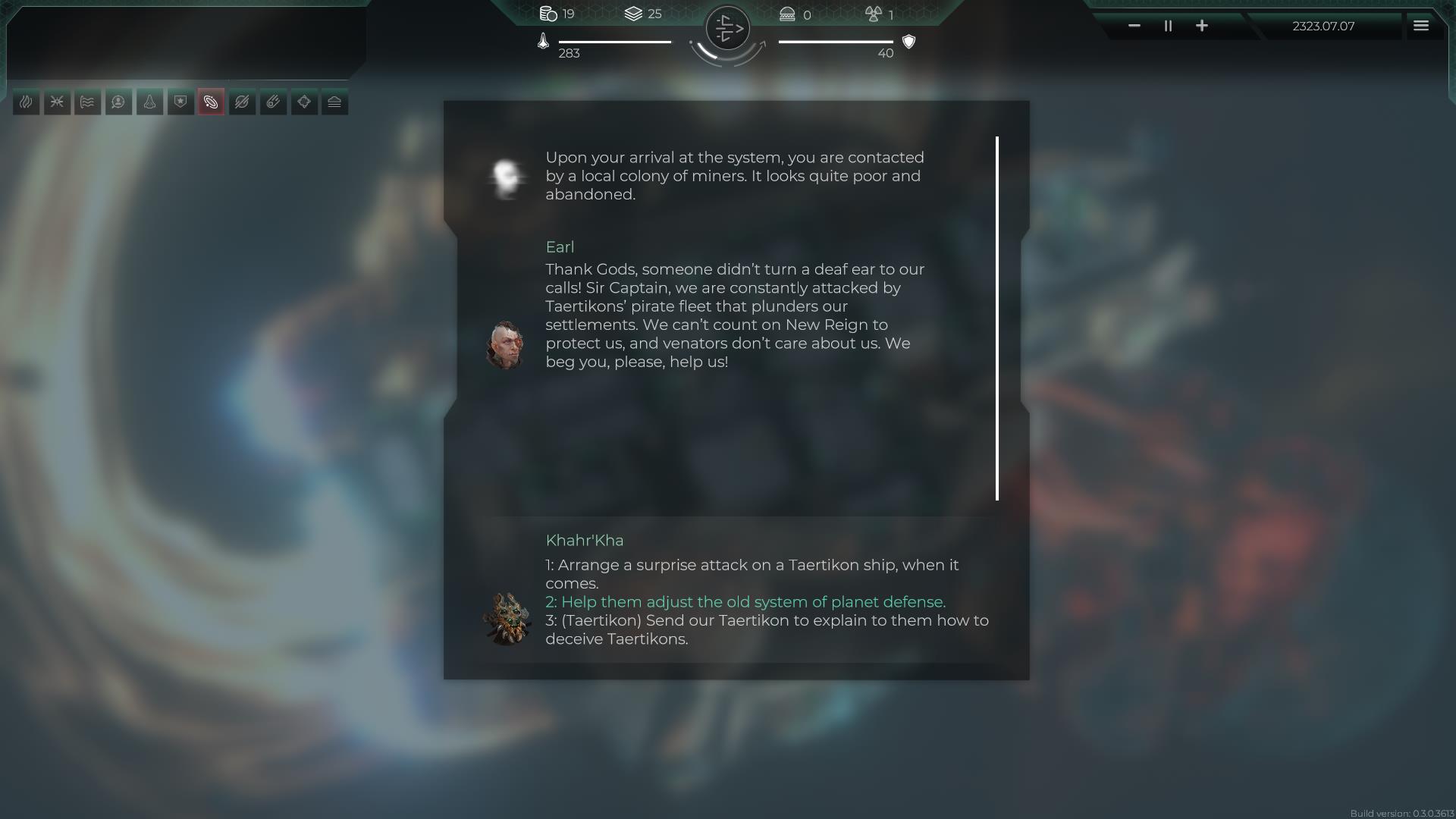 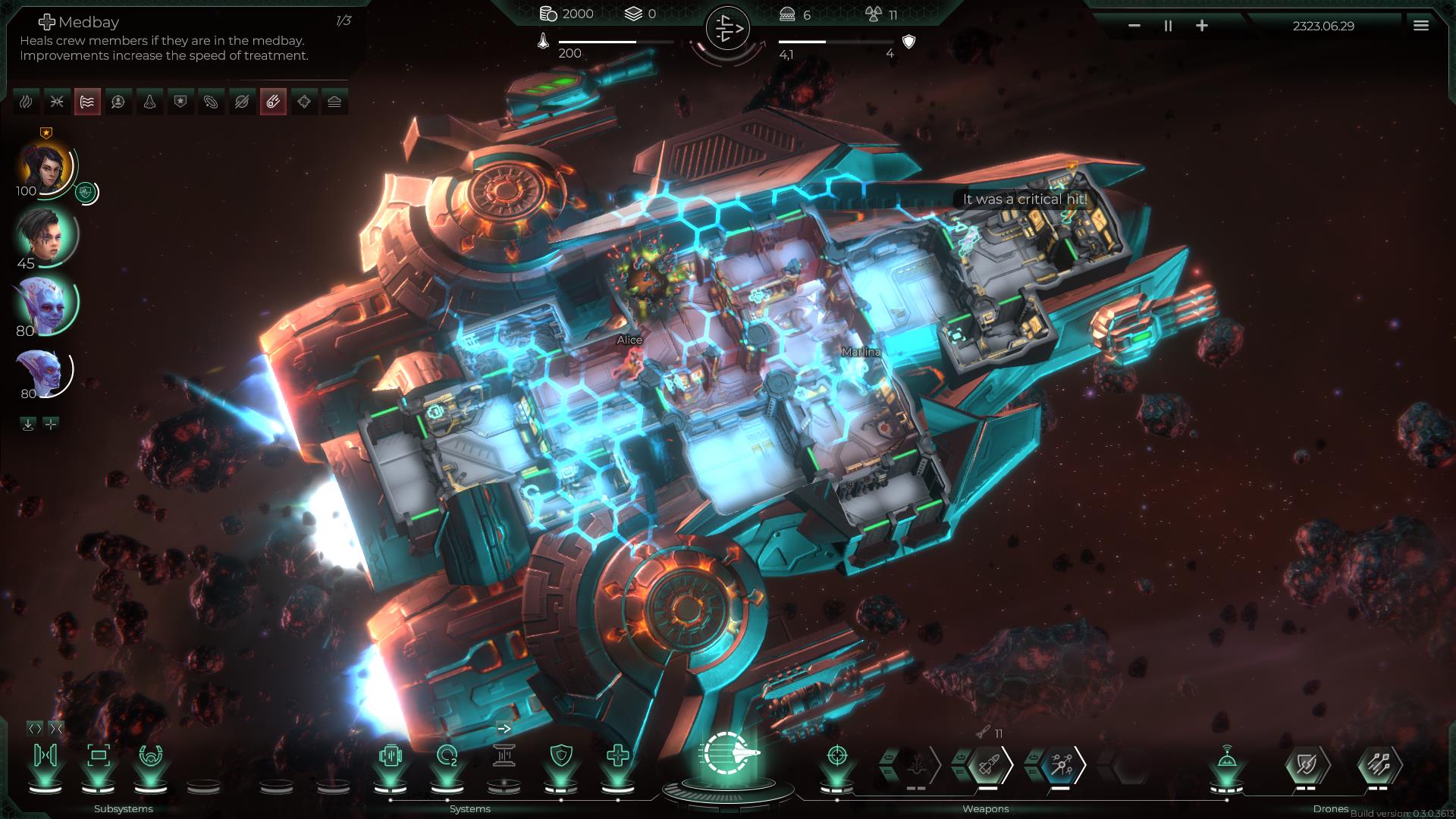 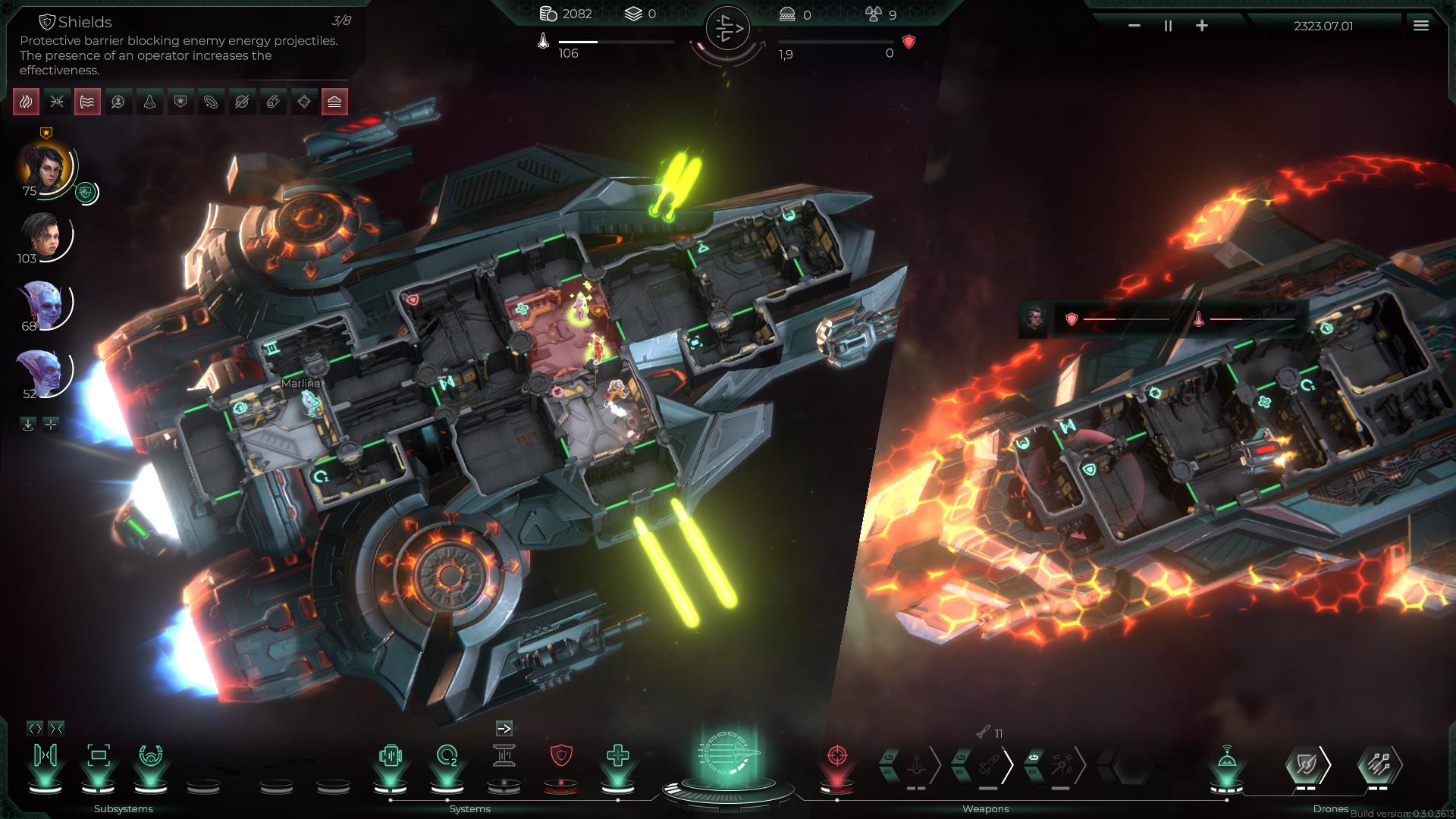 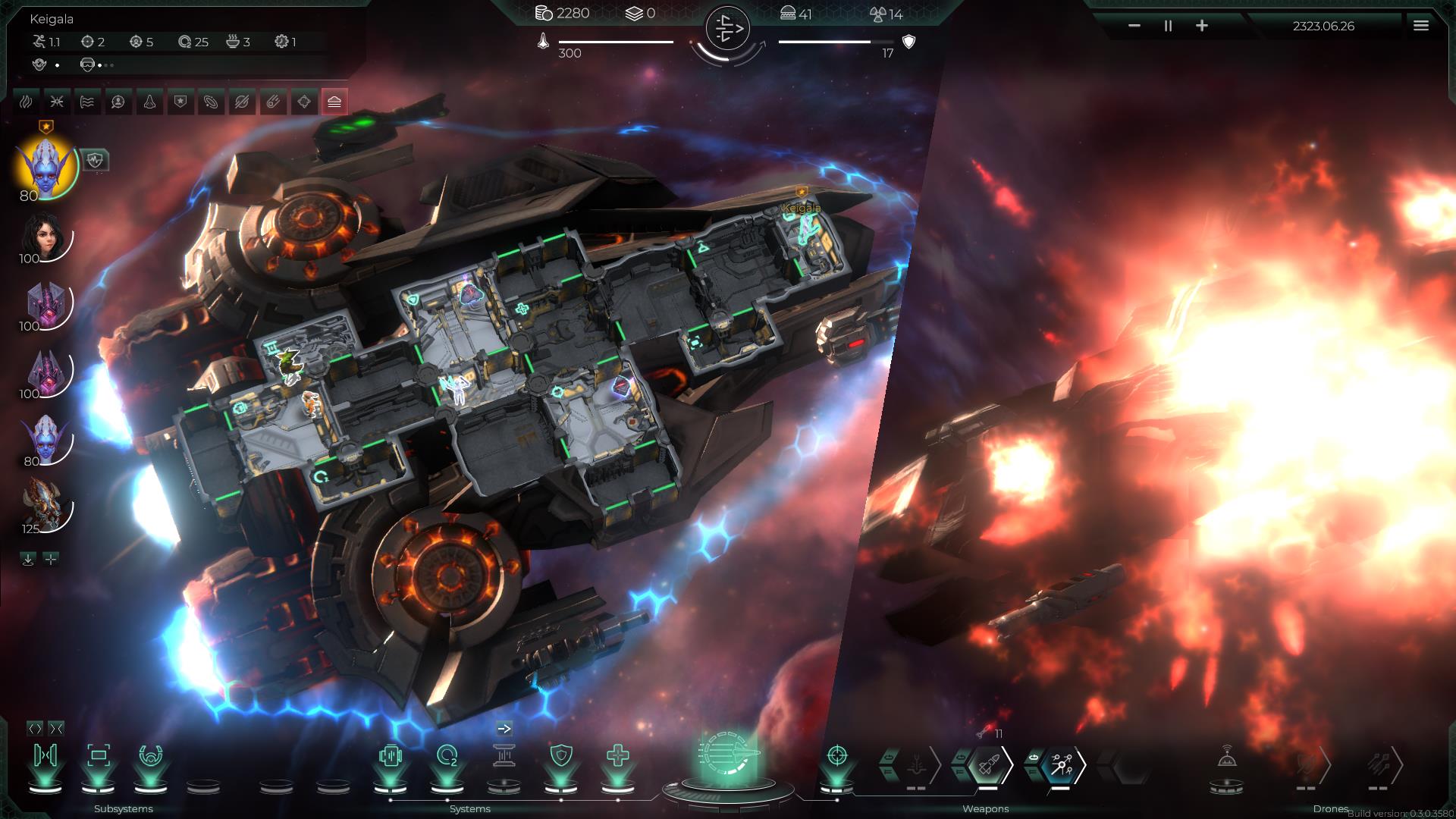 Brave captains like you can enjoy a wide range of space ships. There is a great deal of choice between classical ships of Humans, energy-efficient ships of Etari, biomechanical ships of Rakkhs, and high-tech ones of Taertikons. It’s up to you!

Apply the unique features of your units as well as powerful abilities that will get you unmatched advantage over the enemy. Complete key quests and win bosses to enjoy even more abilities turning each gaming session upside down — like extrasensory perception, telepathy, hacking, battle fury, and many more to go!

All and everything can be generated: space clashes, events with various outcomes, as well as social interaction of the crew. Each game follows a different path, and each time you can take on a new role. You can play a good-hearted captain eager to save the world today, whereas the next day may turn you into an evil pirate killing and robbing everyone on your way. Or you might want to try a role of a soldier of fortune hired by a large corporation and doing things only for money. Whatever your choice of today is, your flight experience will be unique.

Rich History of the World

The Universe is inhabited by:

These are the key races, with their own peculiarities, ships, and mindsets each. Apart from major races, there are representatives of different parties in the game like space pirates not avert to profit off of a space traveler they come across; soldiers of fortune, or venators, stalking the galaxy and hunting you; merchants ready to trade everything and everyone for their own hand — and it’s just a few to name.

Each race boasts its own history and has its own opinion about the things going on in the galaxy. Are you taking their stand or choosing your own path? It’s up to you!

You Are to Go Through

Dynamic events, new and interesting each time! Your space ship went through the system smoothly the other day; but what if there is a traitor among the crew this time?.. At least your mechanical engineer is pretty sure about it. Well, sort of.

Space stations, deserted colonies, a space ship that disappeared long ago… You can encounter anything at all! Your exploration is, however, bound to risk-taking — who knows what your decisions would lead to.

Would you opt for saving people from a burning space ship or for helping the pirates ravage it? Or would you do something else instead? Whatever you choose, there is no room for boredom!

When we were young, we spent a lot of time in front of our devices playing computer games, like many boys of our age. And we had a dream of creating our own game one day. Finally, in 2019, we began making the dream come true.
Our Trigon: Space Story is already a big game with a wide range of mechanics, comprehensive gameplay, narrative plot, and variability. During this year we have assembled the largest part of the game, however, the game has yet to reach its full potential. The world and the mechanics of Trigon can become even more diverse, so at this point we would like to hear your voice. We believe that a truly iconic game can be created only by those who love what they do and listen to the feedback from the community.
We invite you on this journey to help us shape Trigon to something very special.

Approximately how long will this game be in Early Access?

We want to keep on working on Trigon: Space Story until it is a true gem among indie games. We will keep updating the game with new features and exciting content until it reaches that status.
At a rough estimate, it might take up to 1 to 2 years. You can never rush quality, and we will take as much time as the game needs.

How will the Full Version differ from the Early Access version?

We will keep building on the existing features, as well as implement new ideas. Our goal is to constantly expand the gameplay experience and to make the possibilities in Trigon: Space Story universe even more bountiful.”
The Full Version will include the complete ending to the story of this universe, as well as some additional content: new plot lines and twist endings, rare space ships, more types of weapons, unique abilities of the captain, special locations, achievements in Steam, and some other features in all of its aspects.
The Early Access game is interesting in its own right as we develop the story consecutively, upgrading it step by step and frequently adding content relevant for a particular stage of game development. It’s like watching a series an episode at a time anticipating the upcoming one instead of binging the whole season. If it’s your cup of tea to savor, we think you'll enjoy this game in Early Access.

What is the current state of the Early Access version?

The Early Access version is playable boasting the completed basic part of the game and superb performance. Our focus has been to offer a version free of game breaking bugs to let you enjoy yourselves while playing. Nevertheless, should a critical error arise, we do our absolute best to fix it immediately.
We put our heart and soul into our work and believe that after your very first session you will see the love that has already gone into Trigon: Space Story and the endless potential it has. However, we see plenty of room to expand on and improve the existing features to bring them up their full potential, which will be our main focus.
To implement this, we plan to listen to you, our community, and iteratively develop Trigon: Space Story towards a game of dreams.

Will the game be priced differently after the launch of the Full Version?

We plan to release the Early Access version at a lower price, and we will probably raise the price as we approach the full release.

How are you going to involve the Community in your development process?

The goal of each work is to get a final result. And by ‘result’ we mean emotional satisfaction of a player. We believe that neither internal testing, nor playtests can be as rewarding and efficient as communication between the developers and the players.
That’s why we are eager to get your feedback on our Discord channel as well as here, within Steam community. Opt for the Early Access to take your journey to the stars today!